For our 5th wedding anniversary, my wife and I decided to take a tour of Central Europe. Our first stop: Prague, arguably one of the most beautiful cities in all of Europe (yes, even better than Paris or Budapest!)

After checking into our hotel (which was situated right at the heart of Old Town), a lovely couple from Germany recommended that we take a food tour of Prague. After getting the details, we decided that this might be a good way to experience both the city and its food. This is what happened.

We began our food tour in the middle of Republic Square. Our guide, Jaroslav (Jaros for short, with a soft J), takes us through the centuries-old cobble streets of Old Town. Our guide begins by asking us where we’re from and if we’ve experienced Czech food before. My wife and I say no, but we’re very excited to try it. After a few more rounds of small talk, Jaros finally stops in front of a quaint and discreet building next to the St. Agnes Monastery.

Jaros informs us that this is our first stop: Restaurace U Červeného Kola, or The Red Wheel. Jaros then tells us that the building where the restaurant stands has actually been in use since the 17th century. The restaurant has undergone several incarnations, but it was originally the stable of the nearby monastery, which is where it gets its name (a red wheel also hangs by the store’s sign, in case you still didn’t get the message!).

The inside is absolutely gorgeous: dark wood panel walls, red carpeting, and white tablecloth all around. It gave the place a subdued elegance befitting a centuries-old house.

Jaros then sits us down at the corner table: it’s before noon, which is early for most Czech people he says. He “officially” starts our tour with a round of Becherovka, a traditional Czech liqueur made with a secret blend of 22 herbs and spices (that’s 10 more than KFC!). The Becherovkaitself was an almost clear liqueur with a slight tinge of emerald green. It had a strong smell of aniseed and was served in ice-cold shot glasses. Jaros informs us that the best way to drink Becherovka was by sipping it (he did warn us, however, that it is strong!). The Becherovka was, indeed, strong, especially considering it wasn’t even noon yet! But it was smooth, quite sweet, and with a very strong taste of herbs. While the alcohol content was a shock (38%!), it was a pleasant drink that didn’t get to your head as quickly as you would think.

As we sat there sipping our Becherovka, our starter arrives: Bramboračka, or traditional Czech potato soup. The soup was thick like a stew, hearty, with a strong taste of garlic and marjoram, and supplemented by mushrooms and carrots. Not your typical boring potato soup! As we tuck in, Jaros tells us more about the history of Czech food.

Although Bramboračka is now ubiquitous with Czech cuisine, he explains that, prior to the colonization of the Americas in the 16th century, potatoes were not native to Europe. In fact, for the first few years of potatoes introduction to the continent, many people believed it to be poisonous.

However, once people got over their fear (mostly because of famine and other medieval mishaps), potatoes fast became a staple. And why wouldn’t it: it was easy to grow, easy to cook, and contained the nutrients people needed to survive the harsh Bohemian winters.

As we finished our soups, we bade farewell to the Red Wheel’s staff (who were all just absolutely wonderful) and started walking again. Right next to the Red Wheel is Prague’s smallest house. Standing at just 7 feet by 4 feet wide, it was indeed very small!

As we make our way through the winding roads of Old Town Prague, I couldn’t help but notice the buildings. I mean, the cityscape of Prague is practically legendary for its row after row of buildings with various styles ranging from Baroque and Rococo to Empire and Art Noveau. It was one breathtakingly beautiful building after another, and the smell of restaurants around us made the walking part of the tour just as pleasant as the eating part!

With the Becherovka fully processed at this point, Jaros takes us to a local pub with a great selection of beers. The Czech Republic is renowned for its high-quality beers, and this place did not disappoint. The pub (whose name I’ve forgotten, unfortunately) offered us a beer sampler of 6 beers on tap, ranging from blonde lager and blueberry beer to dark lager and IPA. We sampled beers from all around Bohemia and I’m not ashamed to say that the whole experience had me a little tipsy!

With our 3-person group comfortably buzzed, we continue walking around Prague. Again, I marveled at the supremely beautiful architecture, with my wife constantly stopping for photos. As we pass the Estates Theatre, Jaros takes us to one of Prague’s most famous butcher shops, LahůdkářstvíSváček (funny that I remember that name and not the pub’s name!).

LahůdkářstvíSváček is a family-owned butcher shop that serves top-of-the-line meats and cold cuts from all over Czech Republic and all across Europe. Jaros chooses three distinctly Prague specialties: Huspenina, Domácí sekaná, and Šunkaodkosti.

Huspenina is basically Aspic, that is to say, jellied meat. Wait, don’t be grossed out! It’s actually really good! Huspenina is bits of pork, carrots, and pickles suspended in a jelly. It might sound weird, but it’s actually quite delicious! Imagine eating a nice pork sandwich without the bread. The jelly is tasteless and doesn’t mess with the consistency of the meat.

Domácísekaná are traditional Czech meatballs made of ground pork and beef, garlic, caraway seeds, and other spices. Traditionally, the best cuts of beef and pork are used so that everyone gets a taste of the good stuff.

Šunkaodkosti is a lightly smoked farmers ham. It’s deceptively simple, but is very good. Imagine regular farmers ham crossed with bacon, and you get close to how good Šunkaodkosti really is!

We eat our meats at the shop with a side of grainy mustard and fresh bread. We take our time as we wait for the snow outside to settle down. They say Prague is beautiful in the summer, but I have no complaints about its beauty during winter as well!

We leave the butcher shop and walk through Old Town once again. By now, the snow had settled, save for a few rogue flakes here and there. The streets were covered in a light covering of pristine white snow, and one can’t help but be awestruck by it all. After I recover from my waxing poetic, Jaros informs us that we are nearing Wenceslas Square, and thus, nearing the end of our tour. He does, however, have one last stop for us.

A few steps from the main road, on a discreet side street, lies Restaurace U Pinkasů, one of Prague’s most renowned establishments. Upon tasting the then-new bottom-fermented Pilsner Urquell for the first time, JakubPinkasu decided to leave his job as a tailor and start a tavern. In 1843, Pinkasu opened Restaurace U Pinkasů and pulled the very first pint of Pilsner Urquell in Prague in his basement. In fact, the original tap is still there, with a discreet plaque commemorating the momentous occasion.

Jaros takes us to a sitting room on the second floor; again the interiors are simple, but elegant. An old 19th century stove sits in the corner, now relegated as a large radiator. Inside, we take our seats and Jaros orders us a round of the famous Pilsner Urquell. They say that Czech beer is one of the best in the world, and Pilsner Urquell, at least for me, is the best Czech beer there is. It’s smooth, hoppy, with just the right amount of bitterness. Despite the snow outside, that cold mug of Pilsner really hit the spot!

Our guide orders us one of the restaurant’s specialties: Roasted Duck Leg with Bohemian dumplings. This is an overused statement, especially when it comes to describing food, but the duck was cooked to absolute perfection. The Bohemian dumplings came in two forms: bread and potato. They were tasteless on their own, but Jaros tells us that this is by design. The dumplings are used to mop up the amazing sauce that came with the duck: drippings fortified by broth, thickened with a simple roux, and slightly sweetened with apples and apricots. There were no words to describe just how unbelievably savory that gravy was, and how the duck just fell off the bone and into my mouth!

But all good things had to come to an end; after our meal, Jaro takes us to Wenceslas Square, the site of many important cultural and political events in Prague, and bade his farewell. As my wife and I walked back to the hotel, we couldn’t help but wonder just how lucky we were to experience such an amazing city and eat, drink, and learn about the amazing food, beer, and culture of Prague.

Walking food tours are a great way to really get a feel of a city and are a budget way of experiencing as much as possible in one sitting. Do you have any recommendations for walking tours around the world? Hit us up in the comments below! 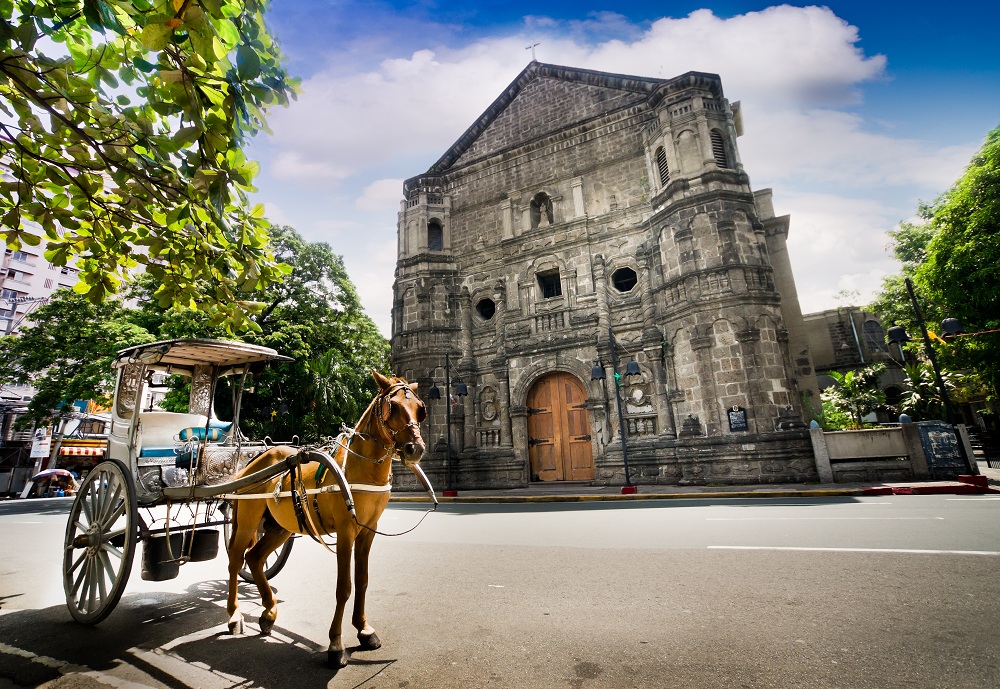 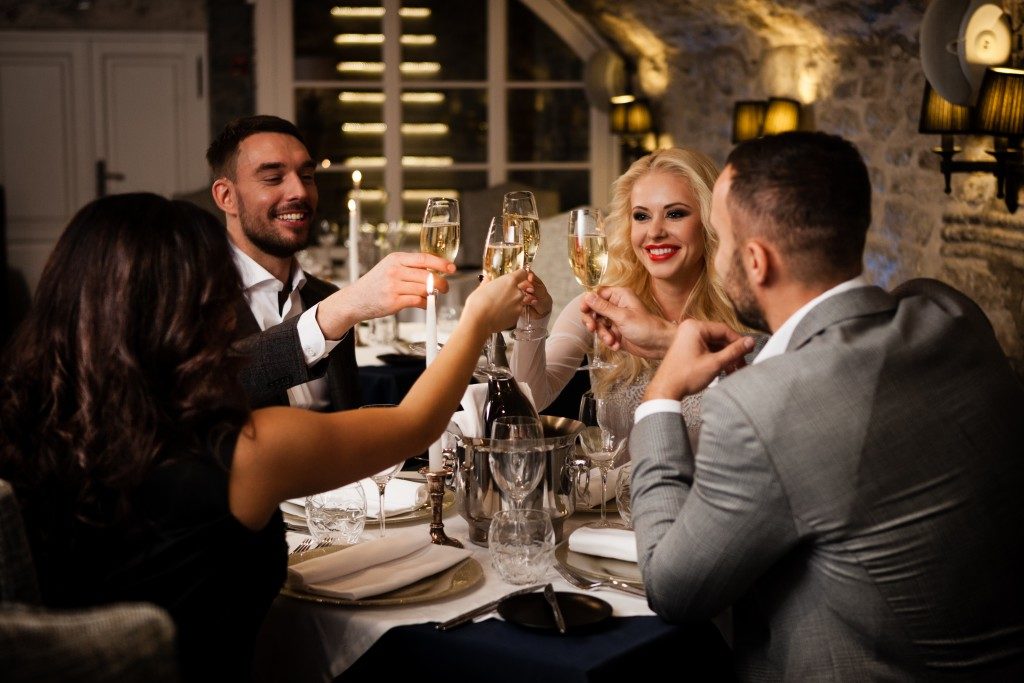